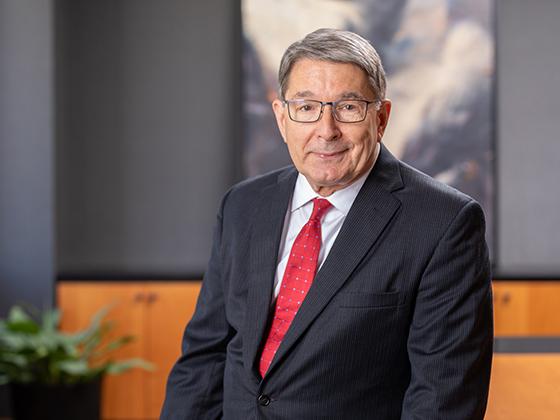 Prior to becoming a partner at Woods Aitken, Terry’s legal career included four years as an Assistant Staff Judge Advocate in the United States Air Force, three years with the Office of the Lancaster County Attorney as a felony prosecutor, and seventeen years in private practice in Norfolk and Lincoln, Nebraska.

Terry is a Fellow of the American College of Trial Lawyers, the preeminent organization of trial lawyers in North America. Fellowship is extended only by invitation, after careful investigation, to exemplary trial lawyers who demonstrate the highest standards of ethical conduct, professionalism, civility, and collegiality and have been engaged in trial work as their principal activity for a minimum of 15 years. Membership is restricted to no more than one percent of the total lawyer population of any state or province.

“Thank you so much for being the best law office in Nebraska! Every time I see your name I remember all that you did for our family. Our daughter …, received and still receives excellent legal representation in her personal injury case, led by Terry Dougherty and his team. It's hard to imagine that so much goodness could come as a result of …'s horrific accident… But our family has been blessed because of the very hard, detailed work of your fine team of lawyers, assistants, and staff!”
-Barbara, Client