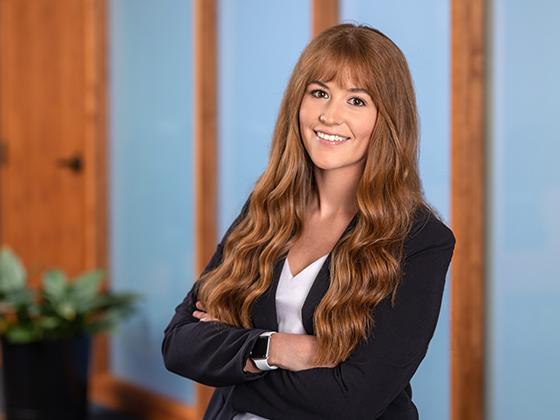 Ashley (Dugan) Connell joined Woods Aitken in 2018 after clerking for the firm for two years.  As a member of the firm’s labor and employment practice group, Ashley represents public and private employers in all areas of labor and employment law, focusing on preventative assistance and counseling.  Ashley defends employers against claims of discrimination, retaliation, and wrongful termination claims under Title VII, the Americans with Disabilities Act, the Family and Medical Leave Act, and the Age Discrimination in Employment Act; non-compete and unfair competition disputes; and wage and hour collective actions under the Fair Labor Standards Act and state wage and hour laws.  She also assists and advises clients in developing human resources policies and procedures; investigating discrimination, harassment and retaliation claims; navigating through the interactive process and providing reasonable accommodations; and other employment related issues.  She develops employee training materials and provides training to employers on various human resources issues to prevent employment disputes before they occur.

Ashley graduated with highest distinction from the University of Nebraska College of Law and was named to the Order of the Coif.  During law school, she was executive editor for the Nebraska Law Review, advised and represented low-income clients as a student attorney in a civil clinical law program, and served as a Judicial Extern for the Honorable C. Arlen Beam of the United States Court of Appeals for the Eighth Circuit.  Ashley was also the recipient of numerous awards, including the CALI Excellence for the Future Award in Evidence, the Excellence in Legal Writing Award and Best Brief Award.