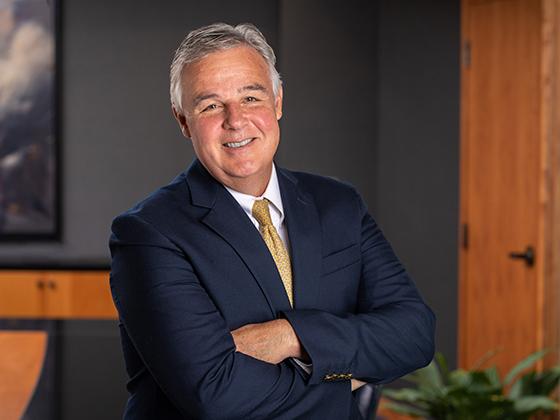 Joel Heusinger has practiced law with Woods Aitken since 1986 with an emphasis in construction law and litigation.  He has been involved in numerous complex construction disputes throughout the United States involving hundreds of millions of dollars in claims and damages as well as the management and review of millions of pages of documents and electronic data.  He has also participated in over 400 mediations and numerous arbitration hearings.

Joel works hard to evaluate each client’s situation as early in the process as possible.  He then informs the client of his assessment and possible business risks involved in whatever the client is facing.  He always explores the available dispute resolution options, and he recommends the course of action that will minimize the potential risks to his clients.  Joel has found that a team approach is often the key to obtaining a positive outcome for his clients, so he frequently works in collaboration with the client’s project and in-house team as well as other members of the Firm’s Construction group in a joint effort toward more efficiently achieving the client’s goals.

Joel speaks regularly at industry conferences and seminars and has prepared numerous papers regarding current construction issues.  He is actively involved in numerous professional organizations, including as a member of the American Bar Association Forum Committee on the Construction Industry and the Section on Public Contract Law, where he was Chairman of the Construction Contract Committee from 1995-1998.

In 2016, Joel was named as a Fellow in the American College of Construction Lawyers.  He has also been named in Who’s Who in Construction Law every year since 2005, and he is frequently recognized for his excellent service and many contributions to the fields of construction law and commercial litigation.

The Devil Is in the Lack of Details: How Design-Assist and Design Delegation Generate Risk for Project Participants

The Effective Use of Forensic Experts in Construction Litigation

Ambiguity Breeds Conflict: The Importance of Defining “Design-Assist” in the Construction Industry

Risk Limitation through Contracts, Insurance/Bonding, and Evaluation of Claims

In the News: Joel D. Heusinger Interviewed in Electrical Contractor Article on Design-Build

"Joel is a great attorney with strategic insights and the ability to distill matters very effectively." "He brings forth a common sense approach to dealing with disputes and provides an honest assessment of the risks." -Chambers USA