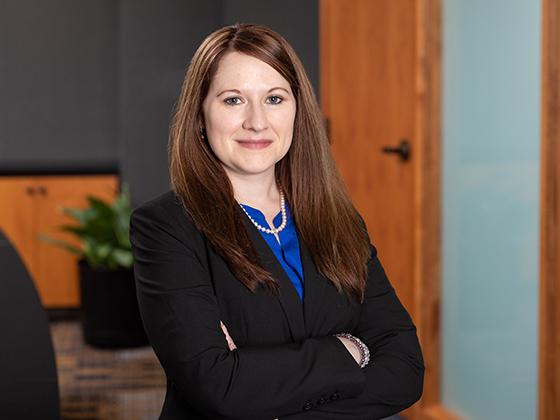 Kari Scheer joined Woods Aitken in 2013 as a member of the firm’s construction law and commercial litigation practice groups. As part of the commercial litigation practice group, Kari advocates for businesses of all sizes throughout court proceedings, as well as alternative dispute resolution proceedings, including mediations and arbitrations. As part of the construction law practice group, she regularly represents companies and individuals within the industry, including general contractors, architectural, engineering, and other design professional firms, subcontractors, suppliers, and commercial property owners. She also has experience litigating personal injury and labor and employment matters.

In 2008, Kari graduated with high distinction from the University of Nebraska College of Law. During law school, she served as the executive editor of the Nebraska Law Review and was named to the Order of the Coif.