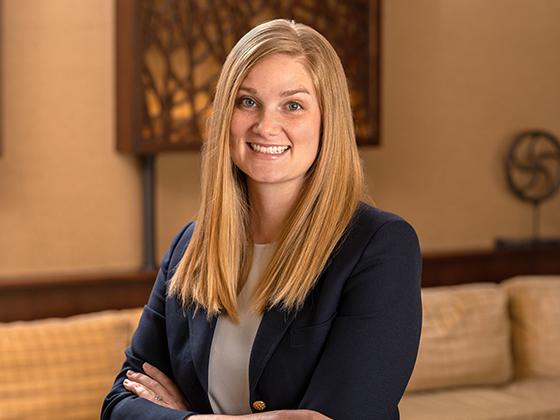 Audrey Svane joined Woods Aitken in 2015 after clerking at the firm for two years.  She is a member of the firm’s litigation group, focusing her practice on the areas of construction law, personal injury and products liability claims, and commercial litigation.

Audrey graduated with high distinction from the University of Nebraska College of Law.  During law school, Audrey was a problem writer for the Moot Court Board, a member of the National Trial Team, and received multiple CALI Excellence for the Future Awards.  She also had the opportunity to advise and represent low-income clients in a variety of civil cases as a student attorney in a civil clinical law program.  Audrey was elected by the law school faculty to both the Order of the Coif and Order of the Barristers.

Prior to attending law school, Audrey received a B.S. in Computer Science from the University of Nebraska-Lincoln, where she was elected a team captain of the Nebraska Track and Field Team and earned All-American honors in the high jump.