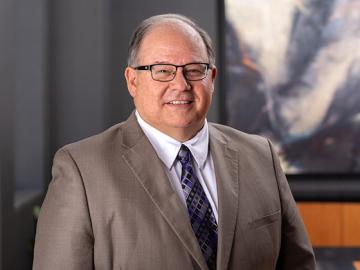 Woods Aitken is proud to announce that Jerry Pigsley, a partner in the firm’s labor & employment law practice group, has been elected a Fellow of the College of Labor & Employment Lawyers. Election as a Fellow is the highest recognition by one’s colleagues for sustained outstanding performance in the profession, exemplifying integrity, dedication and excellence.

Pigsley is one of only three attorneys to be elected out of the Eighth Circuit for the 2017 Class of Fellows. He will be one of seven Fellows in Nebraska and the only active Fellow in Lincoln.

“Jerry is most deserving of this honor, which confirms what we already know,” said Pam Bourne, chair of the firm’s labor & employment law practice group. “He is truly an outstanding attorney that consistently demonstrates an unwavering commitment to his clients.”

Pigsley has over 33 years of experience representing public and private sector employers in labor & employment law, including employment litigation in federal and state courts and litigation matters before federal and state administrative agencies. He has been listed in Chambers USA, The Best Lawyers in America© and Great Plains Super Lawyers®, among others. Pigsley has also earned an AV Preeminent® Peer Review Rating by Martindale-Hubbell. He received his Bachelor of Science in Business Administration from the University of Nebraska-Lincoln and Juris Doctor from the University of Nebraska College of Law.

Pigsley will be inducted later this year in conjunction with the American Bar Association Labor & Employment Law Section’s Continuing Legal Education Conference. With the current installation, the College is represented by more than 1,400 members in 46 states, the District of Columbia, Puerto Rico and eight Canadian Provinces. The College was established in 1995 and recognizes lawyers who have distinguished themselves as leaders in the areas of labor & employment law, individual rights, collective bargaining, and dispute resolution.