Unless Explicitly Stated in the Contract, a Cost-Plus Contract Does Not Impose any Special Fiduciary Duty Upon a Contractor 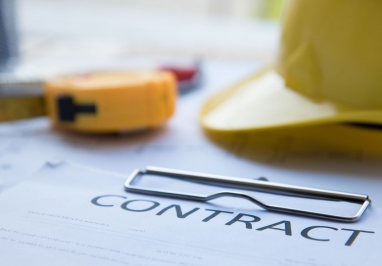 In Goes v. Vogler, 304 Neb. 848, ___ N.W.2d ___ (2020) the plaintiffs, owners of a house destroyed by fire, hired the defendant, a general contractor, to construct a new home. The parties’ contract stated “[t]he agreed upon price is $282,000” and that “[t]his contract is to be executed as a cost plus contract where all costs for the project will be presented to the homeowners and the builder’s fees will be completed at … 10% of the total cost of all work performed.” The owners made the initial down-payment and the first two draws. The owners made only a partial payment on the third draw, and cited shoddy workmanship, a fear the contractor would not finish the project, and a lack of accounting as factors underpinning their refusal to pay the full amount. The contractor terminated the contract for nonpayment and the owners hired another contractor to finish the home.

Rejecting the owners first argument, the court viewed the contract language as a whole and categorized the agreement between the parties as a cost-plus contract. Rejecting the owners’ second argument, the court noted the contract’s absence of language explicitly creating a fiduciary duty. The court held that in the absence of language creating a fiduciary duty, no such duty will be implied as a matter of law based on the contract’s status as cost plus. The court determined that the contract language did not require “only retrospective payments” or “extensive accounting.” The court remarked that although it would have been helpful had the contractor provided periodic detailed invoices, it appeared from the record that the parties held occasional conversations regarding costs. These conversations were sufficient to conclude the contractor met its obligations under the contract.

Contractors should carefully review any proposed contracts and consider deleting any language that the contractor accepts a “fiduciary duty,” accepts a “relationship of trust and confidence” with the owner, or other similar language. Further, contractors should avoid language referencing any specific “agreed upon price” in a cost-plus contract to avoid an assertion that the contract is for a fixed price. Any specific dollar amounts referenced in a cost-plus contract should be tied to a non-binding estimate. Finally, contractors should provide detailed invoices and documentation to the extent reasonably possible to support their claims for payment.