Report on Reporting: OSHA Clarifies Its Position on Retaliation for Workplace Injury and Illness Reporting 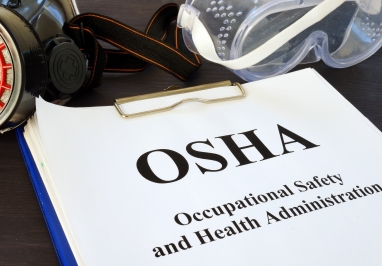 The Occupational Safety and Health Administration (“OSHA”) recently published a memorandum that clarifies the agency’s position on whether certain safety incentive programs and drug testing policies violate the prohibition on retaliating against employees for reporting work-related injuries and illnesses.

Back in May 2016, OSHA issued a final rule that, in part, explicitly incorporated in the recordkeeping requirements the existing ban on discharging or discriminating against employees for reporting work-related injuries or illnesses. OSHA noted in the Preamble for the Final Rule that, in some circumstances, post-accident drug and alcohol testing and workplace safety incentive programs could deter employees from reporting work-related injuries and illnesses and would violate the rule’s anti-retaliation provisions.

In a follow-up memorandum from October 2016, OSHA clarified that these types of policies would not be categorically prohibited and further explained how the new rule applied under each of these types of policies. Specifically, employers could not drug test employees who report work-related injuries or illnesses unless supported by an “objectively reasonable basis.” That is, drug testing could not be used by the employer as a form of discipline against employees who report an injury or illness, but it could be used as an instrument to determine the cause of a workplace incident, injury, or illness in appropriate circumstances. Under this guidance, the rule effective prohibited drug testing policies that contained blanket requirements for post-injury or post-accident drug or alcohol testing.  Similarly, employers could utilize safety incentive programs if employees were not penalized for reporting a work-related injury or illness without regard to the circumstances surrounding the injury or illness. Thus, OSHA took the position that rate-based safety incentive programs where awards were tied to the number of recordable injuries or illnesses were prohibited.

Fortunately, OSHA recently issued another memorandum clarifying the agency’s position on workplace safety incentive programs and post-accident drug testing. OSHA explained that such policies would only violate the anti-retaliation provisions if the employer took action to penalize an employee for reporting a work-related injury or illness rather than for the legitimate purpose of promoting workplace safety and health. According to the memorandum, OSHA acknowledged that “[i]ncentive programs can be an important tool to promote workplace safety and health.” OSHA provided that rate-based safety incentive programs, which focus on reducing the number of reported work-related injuries and illnesses, are permissible if there are sufficient precautions to prevent employees from being discouraged from reporting an injury or illness. However, employers must do more than circulate a statement that encourages employees to report and promises employees will not face retaliation for reporting. OSHA encourages employers to focus on creating a workplace culture that prioritizes safety, not just reporting rates, and recommended implementing the following measures to avoid any unintentional deterrent effect of rate-based incentive programs:

With respect to drug testing, OSHA stated that “most instances of workplace drug testing are permissible” and explicitly identified the following as examples of permitted instances of drug and alcohol testing:

Under this guidance, employers no longer need to analyze whether post-accident drug testing is supported by an “objective reasonable basis.”  Blanket post-accident testing is permitted if all employees whose conduct could have contributed to the accident are tested, but the rule still prohibits blanket testing that targets injured employees. Therefore, employers should focus on consistently applying their post-accident drug testing policy across similarly-situated employees to ensure compliance.

Importantly, this guidance supersedes all other OSHA interpretive documents that could be construed as contradicting the memorandum’s position.