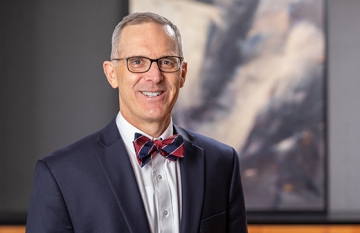 James Overcash, a partner at Woods Aitken, has been named by the U.S. Department of Justice Office for U.S. Trustees, a Chapter 7 panel trustee for the District of Nebraska. In his duties as a trustee, Overcash will act as an administrator of bankruptcy cases involving the liquidation of a debtor’s nonexempt assets.

According to the Office for U.S. Trustees, Chapter 7 bankruptcy is a liquidation proceeding available to consumers and businesses. Assets that are not exempt from creditors are collected and liquidated. The proceeds are distributed to creditors by a trustee appointed to administer the debtor’s estate.

Overcash also serves as Chapter 12 standing trustee for the District of Nebraska, a role he has had since 2008.  Chapter 12 bankruptcy enables a financially distressed family farm to reorganize its business affairs, propose and implement a plan to repay all or a part of its debts, and continue operating.