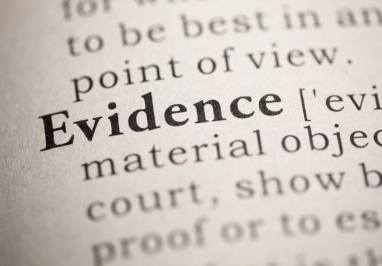 The presentation of relevant evidence at trial is a cornerstone of our legal system. As a result, courts have the inherent authority to impose a broad range of penalties for a party’s failure to preserve evidence (a/k/a spoliation of evidence). These penalties include monetary sanctions, adverse jury instructions, and the most drastic sanction of all: entry of judgment against the offending party. The severity of the penalty can depend upon whether the destruction of evidence was intentional, the prejudicial impact on the party deprived of the evidence, the impact on the judicial process and whether lesser sanctions would be effective. A division of the Colorado Court of Appeals recently upheld an adverse jury instruction after finding that the contractor acted in bad faith in failing to preserve evidence.

In Warembourg v. Excel Electric, Inc., No. 18CA2358, 2020 WL 3865149 (Colo. App. Jul. 9, 2020), an electrical contractor (Excel) installed a temporary electrical box (the “Box”) to supply power to subcontractors working at a construction site. When a flooring worker’s (Warembourg) equipment failed to work after plugging into the Box, Warembourg removed the front cover of the Box and began toggling the circuit breakers inside the Box. Warembourg was electrocuted while toggling the breakers and suffered permanent and disabling injuries.

The damaged Box was photographed by Warembourg’s coworker shortly after the incident and showed a weathered box lacking legible stickers and that none of the Box’s internal wiring had been disconnected. Excel removed the damaged Box from the construction site on the day of the accident and the owners of Excel (the “Excel Owners”) inspected the box the following day without taking any notes regarding the inspection or any photographs of the Box. A workers’ compensation investigator called the Excel Owners within two months of the accident questioning whether the Box may have contributed to Warembourg’s injury. The Excel Owners responded that one of their shop guys probably threw the Box away because it was unrepairable and added that Warembourg probably should not have been in the Box in the first place. Less than eight months after the accident, Warembourg’s attorney sent Excel a letter specifically mentioning the need to preserve the Box.

Warembourg ultimately filed suit against Excel and requested production of the Box. Excel responded that the Box had been thrown away. However, Excel could not specifically identify when the Box had been thrown away: some stated six months after the accident, while others stated eight months after the accident. Yet another Excel employee stated that the same or similar box was still on display at Excel’s warehouse. During a deposition in the case, a longtime employee of Excel testified that at the time of the deposition and for several years prior, Excel displayed a damaged electrical panel (the “Panel”) on a wall at its warehouse as a warning to its employees and that someone had written “IGNORANT FLOORING GUY” next to the Panel. Shortly after the deposition, Warembourg requested production of the Panel, and Excel responded that it had destroyed the Panel apparently within hours of the deposition.

The Colorado Court of Appeals affirmed the trial court’s jury instruction as a legitimate sanction for Excel’s destruction of the Box. In reaching its decision, the Court of Appeals explained that under Colorado law, Excel had a legal duty to preserve the Box upon learning that litigation arising from Warembourg’s accident was “reasonably foreseeable.” The Court of Appeals also referenced Excel’s numerous inconsistent statements regarding when the Box was destroyed and the destruction of the Panel and “IGNORANT FLOORING GUY” label within hours after the deposition testimony regarding their existence.

Contractors should preserve relevant evidence as soon as it is reasonably foreseeable that litigation may arise. Failure to preserve such evidence may result in court ordered sanctions which significantly impact the contractor’s success or failure in litigation and could even result in the entry of judgment against the contractor. When issues and construction defects are discovered on an active project, the concept of “preserving evidence” can be difficult because contractors and subcontractors not only have to correct these defects immediately but also maintain a project schedule. These contractual constraints can make it difficult to stop an active project to “preserve evidence” in the event litigation arises. Preserving evidence of defective work on a completed project could seem easier, but contractors are still under pressure to remedy defects and meet warranty obligations.

If you have any questions about preservation of evidence on active and complete construction projects, please contact one of Woods Aitken’s Construction Attorneys. We encourage you to subscribe to our Construction Law E-Briefs for the latest construction news, tips, and updates.

Woods Aitken’s Coronavirus Resource page includes valuable information regarding the coronavirus pandemic and all of our publications on COVID-19. We encourage you to visit this page often for updates.