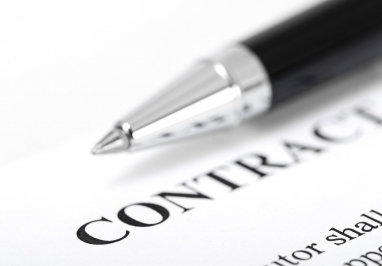 In our prior “Force Majeure” E-Brief the topic centered on understanding contractual “force majeure” clauses or provisions, and how such clauses or provisions may excuse one party’s performance due to some contractually recognized supervening event such as the Coronavirus (COVID-19) outbreak. This E-Brief is intended to address what statutory or common law doctrines exist that also may affect whether a contracting party’s performance is legally excused due to the occurrence of such events as the COVID-19 outbreak. As with our prior E-Brief, the initial inquiry that a company must make is whether the COVID-19 outbreak and the governmental response to it has, in fact, materially affected the business’s ability to perform its obligations under its outstanding or existing contracts. Given that precondition, the purpose of this E-Brief is to provide a summary of those legal doctrines that may establish a legal basis to suspend or excuse a company’s performance either on a temporary basis or potentially permanently. These legal doctrines are generally referred to as commercial impracticability, commercial impossibility, or frustration of purpose. All of these legal doctrines are premised upon the existence of a binding contract, the occurrence of an unanticipated supervening event, and one of the contracting party’s contractual performance being materially impacted.

Generally, contracts can be divided into three major categories: (a) those dealing with the provision of services (e.g. construction or employment services); (b) those dealing with the sale of personal property or goods (e.g. purchase of component parts); and (c) those dealing with real property (e.g. leases or commercial real estate purchase agreements). The latter category is beyond the scope of this E-Brief, which will focus on contracts for services and contracts for the sale of goods. The determination of what type of contract is at issue is a critical first step since that determination will generally dictate which body of law courts may apply.

The Uniform Commercial Code ("UCC") is a series of laws that govern certain kinds of designated commercial relationships. The UCC has been adopted in some form or another by every state in the country, but is intended overall to be a general, uniform body of law. Article 2 of the UCC deals exclusively with the sale of goods. The term “goods” is defined broadly to generally include all things which are movable at the time of identification to the contract. Thus, most purchase and sale agreements entered into by manufacturers will generally fall within this category, since they involve the manufacturing and shipment of products to customers. One of the unique features of Article 2 of the UCC is the role played by the UCC’s “gap fillers.” These are statutory terms that the parties have neither potentially discussed nor agreed upon in their contract, but notwithstanding the parties’ failure to address such contingencies, will be imposed by law. In other words, even if a contract is silent as to certain critical terms, specific provisions under the UCC will be imposed upon the parties and will govern their performance whether they intended them to do so or not. These provisions thus serve as a set or series of default rules which courts will use to determine contractual liability for such issues as contractual performance.  Since this E-Brief assumes that the parties have not included a specific “force majeure” provision in their underlying contract, the UCC’s gap-filling provisions may be the determining factor as to whether or not one contracting party’s non-performance is legally excused, in whole or in part, due to events such as the COVID-19 outbreak.

Section 2-615 of the Nebraska UCC embodies the concept of “commercial impracticability” states, in part, as follows:

“(a) Delay in delivery or nondelivery in whole or in part by a seller who complies with paragraphs (b) and (c) is not a breach of his duty under a contract for sale if performance as agreed has been made impracticable by the occurrence of a contingency the nonoccurrence of which was a basic assumption on which the contract was made or by compliance in good faith with any applicable foreign or domestic governmental regulation or order whether or not it later proves to be invalid.

(b) Where the causes mentioned in paragraph (a) affect only a part of the seller's capacity to perform, he must allocate production and deliveries among his customers but may at his option include regular customers not then under contract as well as his own requirements for further manufacture. He may so allocate in any manner which is fair and reasonable.

(c) The seller must notify the buyer seasonably that there will be delay or non-delivery and, when allocation is required under paragraph (b), of the estimated quota thus made available for the buyer.”

Courts generally will require that a party seeking to rely on Section 2-615 must demonstrate: (i) a contingency has occurred which has made strict performance as agreed in the contract impracticable; (ii) the nonoccurrence of that contingency was a basic assumption on which the contract was made; (iii) the seller has not assumed the risk of the contingency; and (iv) the seller has seasonably notified the buyer that there will be a delay or nondelivery. With respect to the third element, courts will examine whether based upon the language of the agreement or by custom or trade usage, the risk was, in fact, assumed by the seller. This can mean within certain industries that the law presumes that the risk of an unexpected contingency should be assumed by a seller. The notice requirement will generally require that a seller promptly notify the buyer that an force majeure event has occurred or not unduly delay notifying the buyer so as to not harm the buyer.  In addition, the Official Comments to UCC § 2-615 make it clear that the fact that a party’s cost to perform has increased will not alone be a sufficient justification to make a claim of commercial impracticability. Rather, there must be some unforeseen contingency which critically impacts a party’s performance. Finally, a party must also allocate any goods that it may deliver among its customers is a “fair and reasonable” manner. Finally, although § 2-615 is designed to provide relief to the seller of goods, there are some states that allow buyers to invoke this UCC section for the purposes of claiming commercial impracticability. Once invoked, the other contracting party has certain options under the UCC that include accepting any newly proposed delivery schedule or potentially terminating the contract and relieving the other party from any unperformed portion of the contract.

The common law doctrine of “commercial impossibility” can also excuse a party’s contractual performance and this doctrine is applicable to contracts for the performance of services. Although this doctrine was initially fairly limited in scope, due to the influence of the UCC, the doctrine of “commercial impossibility” is now closely akin to the UCC’s doctrine of commercial impracticability. The source for the modern concept of “commercial impossibility” is the Restatement of Contracts (Second) (“Restatement”), and Sections 261 and 265. These Sections provide the basis under which one contracting party’s performance may be excused, either in whole or in part. Under Section 261 of the Restatement, courts generally require that in order for a party to assert the defense of commercial impossibility (or as it has been also called “impracticality of performance,” the following elements must be shown:  (i) the occurrence (or nonoccurrence) of the event causing the impracticability was unexpected (or not foreseeable at the time the contract was entered into); (ii) performance of the contract would be extremely difficult and burdensome; and (iii) the party claiming to be excused from performance did not assume the risk of the event’s occurrence.  Each of these elements are subject to various decisions made by courts and thus, are not susceptible to any straightforward analysis.  Moreover, typically courts will also impose a notice requirement, so that if a party’s contract performance is affected, again reasonable notice generally must be given to the other party to the contract.  In addition, contract performance may not be entirely excused, but only excused during the occurrence of the contingency. Once resolved, the affected party may very well be expected to perform its contractual obligations. Contrary to the Section 261 situation, Section 265 of the Restatement addresses a different type of situation, that is, one in which although performance has not been rendered impossible, the principal purpose of the entire contract is either destroyed or obviated due to the supervening event. In other words, due to the supervening event, the whole reason for one party to enter the contract no longer exists. This situation is often referred to as the “frustration of purpose” doctrine and if properly invoked completely excuses a contracting party from having to perform under the contract.

For companies dealing with the COVID-19 outbreak and its affect on your current contractual obligations, as discussed above, there are possible legal defenses or justifications for delaying or altering your company’s performance.  However, due to variety of factors that can impact whether a court would recognize whether a party legitimately claimed commercial impossibility, commercial impracticability or frustration of purpose will require coordinating with legal counsel.  The following link is intended to provide a general checklist that can assist companies in determining a plan of action to deal with disrupted contractual obligations:

If you have any questions on this topic or need assistance, please contact our Business Services, Financial Institutions, and Real Estate Practice Groups. We encourage you to subscribe to our E-Briefs for the latest news, tips, and updates.

Woods Aitken recently launched a coronavirus resource page that includes valuable information regarding the coronavirus pandemic and all of our recent publications on COVID-19. We encourage you to visit this page often for updates.