A Lawyer's Thinking on Escrows and Holdbacks 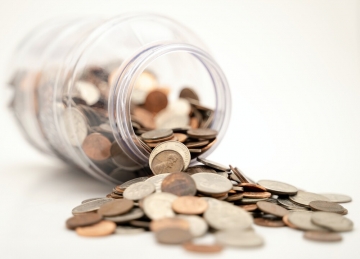 In a typical purchase/sale transaction, the purchaser will often seek to include an escrow or holdback provision that provides for some portion of the purchase price to be withheld from the seller. The reasons to include such a provision are many – the most common of which is to provide the purchaser with comfort that money is set aside to cover potential indemnification claims that may arise following the close of the transaction. I have included below a few considerations one should keep in mind when drafting or negotiating escrow or holdback provisions.

Time Period: A heavily negotiated point when it comes to escrow and holdback provisions is: “How long until the money is released?” As you can imagine, there are two sides to this coin: (i) the purchaser wants the money to stay in escrow (or be held back) as long as possible, thereby providing them with a longer period of protection and greater comfort that money will be available should the purchaser need to make an indemnity claim under the purchase/sale agreement; and (ii) the seller prefers that this money be released as soon as possible, as they want to realize the full value of their recent sale (and likely put the money to use somewhere else). There are several compromises that parties can make in an attempt to “meet in the middle” when it comes to timing. One common compromise is what is some call a “scheduled release of funds.” A “scheduled release of funds” is essentially a calendar that the parties agree on prior to closing that sets the dates and corresponding amounts for funds to be released from the escrow/holdback amount. A “scheduled release of funds” allows the seller access to some of the holdback funds earlier (compared to a structure where all of the funds may only be released at the end of the escrow/holdback period), while still providing the purchaser with comfort that some funds remain in escrow/holdback to cover potential post-closing liabilities. The logic of a scheduled release of funds is essentially that the purchaser should become more comfortable releasing funds over time, as the further you get past the closing date, the less likely for a post-closing liability to “pop up.” For a point of reference, as it stands now, the market generally dictates an escrow/holdback period of 18 months – as you can imagine, from a sellers perspective, the shorter the better (the opposite is the case for a purchaser).

Baskets: One item to keep in mind when drafting or reviewing these provisions is the concept of a “basket.” This concept can be fairly straightforward – generally, this simply means that the claiming party under any escrow/holdback arrangement may only receive funds from the escrow/holdback amount once the indemnity claims, in the aggregate, reach a certain threshold (similar to a deductible on an insurance policy). A twist on this concept is what is known as a “tipping basket.” The inclusion of a tipping basket means that although a party may not receive funds from the escrow/holdback amount until the indemnity claims reach a certain threshold, once such claims reach the specified threshold, the claiming-party can seek funds for all prior claims, not simply those claims that come after such threshold is met. As you can imagine, a tipping basket is a purchaser-friendly provision, but can be a nice way to find compromise when settling on a basket amount.