A Lawyer's Thinking on Drafting A Letter of Intent 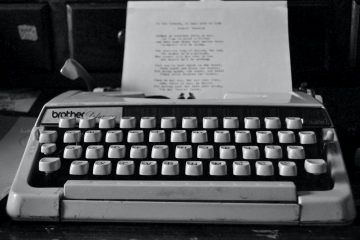 At the beginning stages of any transaction (stock sale, asset sale, merger, etc.), the parties often find themselves engaged in back-and-forth discussions with counsel, business teams, accountants, and other advisors. Typically, as these discussions mature, the parties desire to memorialize the upcoming transaction with a formal letter of intent. Although each letter of intent is different and tailored to the specific transaction, a few topics appear in virtually all letters of intent. I have highlighted a few of these below.

Transaction Summary: A comprehensive letter of intent should include, at a minimum, a summary of the "big picture" transaction. For example, "The following letter represents a summary of the terms of our proposal regarding an acquisition by Company A of 100% of the issued and outstanding stock of Company B." Although simple and straightforward, including this statement at the beginning of the letter conveys to each party the nature of the transaction and intended outcome. This statement serves as a guidepost for each party -- making clear where the transaction is headed. All of the terms, conditions, covenants, etc. contained in the letter of intent should, in some way or another, work to move the parties closer to achieving this stated objective.

Timeline and Milestones: A transaction will have twists and turns, bumps in the road, roadblocks, and other unforeseen events -- don't let this prohibit you from attempting to layout timelines and milestones for the transaction -- don't let perfect be the enemy of good enough. A simple timeline or set of milestones can serve as a roadmap for the parties to follow throughout the transaction. Depending upon the nature of the transaction, specific times/dates can be less important than simply keeping the parties moving in the right direction. Additionally, a loose framework of where things are headed and on what schedule can be a great resource for each party (and their advisors) to use when considering and preparing for next steps in the process.

Exclusivity: A letter of intent should always specify whether the parties are entering into an exclusive relationship. Generally, this is a protection for the buyer, as it prohibits the seller from "shopping" the deal to other bidders while the buyer is conducting its due diligence and working to finalize other parts of the transaction. This is a common protection for buyers to request, as many believe it would be unfair for a buyer to spend time and resources conducting research and due diligence, only to have the seller turn its back at the last minute and engage in the sale with someone else. Without this protection, a seller may find it difficult to gain significant interest.